Holiday Street Parade in Boca Raton: Everything You Need to Know 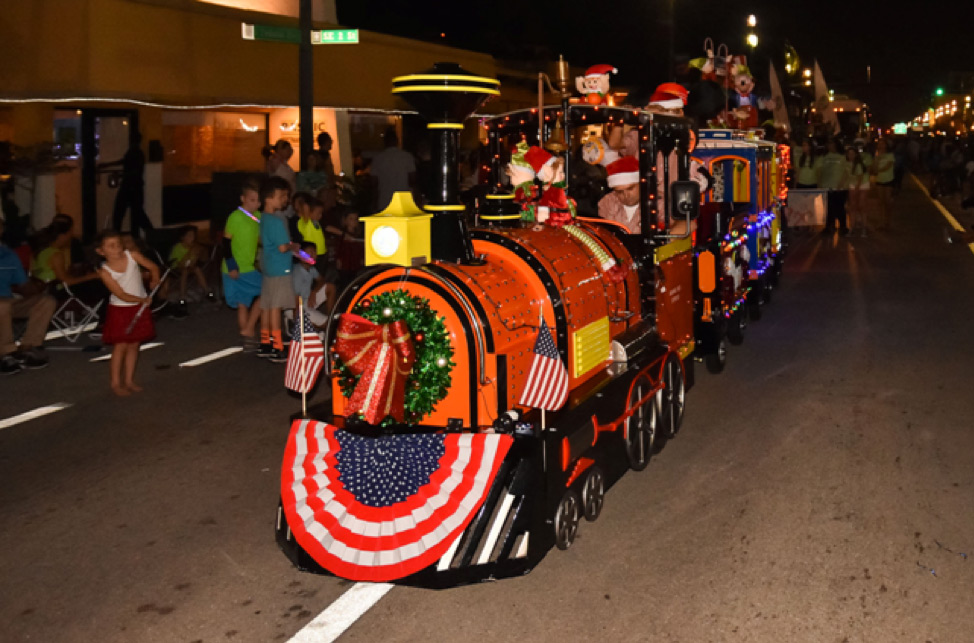 A Boca Raton tradition since 1970, the city’s Holiday Street Parade is a can’t-miss event to add to your holiday calendar

Boca Raton certainly knows how to get residents and visitors alike in the holiday spirit. From the Holiday Tree Lighting in November to mid-December’s wonderfully unique Holiday Boat Parade down the Intracoastal Waterway, there’s plenty of seasonal spirit throughout the city. Boca’s longest holiday tradition is also its most cherished—the Holiday Street Parade.

The centerpiece of the city’s annual Light Up Downtown Boca holiday festival calendar, the 2019 edition marks the parade’s 49th year. With the theme “Out of This World,” the parade’s 70 floats and participating groups are certain to wow onlookers of all ages.

Rain or shine, the parade gets underway at Federal Highway and SE 5th Street. Heading north on Federal Highway, the parade showcases music, dancing, and plenty of lights along the one-mile route. From the first parade group to the final float, the procession runs for approximately two hours, finishing up at the Mizner Park Amphitheater. If previous years are any indication, the grand finale is certainly one worth sticking around for.

While you’re downtown, don’t forget to take in the beautiful sights throughout Mizner Park. The park features the city’s tree at the north end of the plaza, over 75 palm trees illuminated with 50,000 LED lights, and the animated “iTree” at the plaza’s south end near Lord & Taylor (with 20-minute coordinated music and light shows at 6, 7, 8 and 9 p.m.).

The holiday parade is a free event, and spectators are encouraged to come early to grab a good viewing spot. If you prefer to sit, limited grandstands will be set up at Sanborn Square, and attendees are welcome to bring their own beach chairs. Food vendors will also be on hand in addition to the number of restaurants within walking distance of the parade route.

Before you head out, be aware that street closings start at 5 p.m., and Federal Highway shuts down from Glades Road South to Camino Real from 5:30 p.m. to 11 p.m. Free parking is available at City Hall, the city’s administration building, or the Downtown Library.

Don’t want to miss a moment of the action in and around Boca Raton’s premier waterfront community? Contact us today to explore Royal Palm Yacht & Country Club homes for sale. We can help you find a property that’s perfect for you.