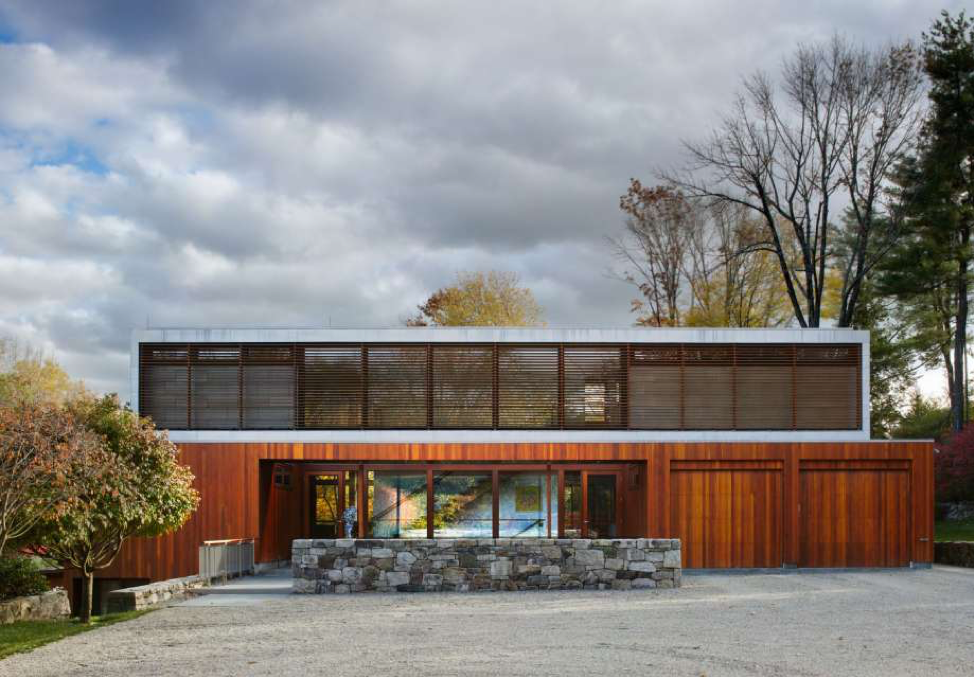 Post World War II America set the scene for the greatest cultural shift of this century. It was a time for fresh beginnings, new ideas, and creative approaches. This atmosphere nurtured the work of a small group of innovative designers. Now revered as “The Harvard Five,” these men single-handedly established a massive shift into modernism. Their inspiration, hard work, and philosophy stand strong even today as the country’s most influential style.

Before the 1940s, Connecticut’s New Canaan was just like any other small town in America: quaint, conservative, and utterly 19th century. However, everything changed when a team of visionaries–Harvard Graduate School of Design-trained John Johansen, Marcel Breuer, Landis Gores, Philip Johnson, and Eliot Noyes–made this sleepy suburb their experimenting grounds. This collective of architects and industrial designers were all inspired by the works of Walter Gropius, a famous German architect of the Bauhaus academy. A pioneer in the movement towards Modernism, Gropius’s fundamental vision for good design was that “form follows function.”

The principles of simplicity, application, and imagination formed the basis of the Harvard Five’s group philosophy. Each member of the team expressed unique styles, but common inspiration united them. During the 1940s, members of the Harvard Five were continually rebuilding the landscape of New Canaan. Shaping the town in a vision for the future, they received both praise and ridicule for their contemporary projects.

New Canaan today stands as a testament to the grand projects of the Harvard Five, as this small town is a hub for modern architectural design. The many famous properties built here have given national recognition to New Canaan. Acclaimed houses such as Johnson’s Glass House, the Noyes House, the Richard and Geraldine Hodgson House, and the Landis Gores House are all listed on the U.S National Register of Historic Places. New Canaan is home to many jewels of modern architectural design. 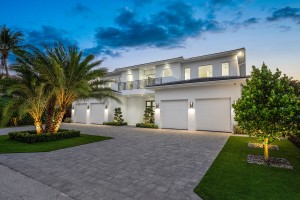 The trend of Modernism has not been swept behind as a part of the past. In fact, Modernism has been a key element in defining the future of real estate. The movement has been deemed as the “International Style,” which unites the world with a single expressive language. Homes built with the same techniques used by the Harvard Five can now be found all around the globe. 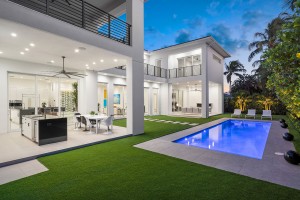 We can see the essence of Modernism in our daily lives within every property utilizing new and innovative methods of construction. Concrete, glass, and steel are the main figures of modern designs. In Modernism, the essence of utility shines through, each space designed around its specific purpose. Minimalism is embraced, and excessive ornamentation is rejected. Modernism stands as a bridge between the past, present, and future.

If you’re interested in seeing more of our listings like 2265 Queen Palm Road designed in the Modernist style, contact us today. Please take a look at all of our Boca Raton real estate listings as well.

5 Considerations to Make When Buying a Waterfront Property